Little Bones, a limited edition art book set from Thoughtcrime Press, will be featured at Printed Matter’s giant LA Art Book Fair this year at the table run by Kickstarter’s curators of new art! We will also be mentioned in their upcoming fine art catalog.

Put his hand on my shoulder

And set me on fire.

At first I wasn’t sure of the smell

At home the stables too were burning

At the creaking slats ready to collapse

Four horses and the smell of that rising heat.

Even burning, I couldn’t get close

And anyway, something told me it was too late.

I kept trying to forget the morning

I tried to sleep

But the bedding caught fire,

My sleeping wife, who was always too cold

Burst into flame like she’d been waiting a long time

For something to ignite her.

I remembered speaking with her that morning,

but the way she didn’t move

Made me think she may have died weeks ago.

Outside the window the stable collapsed

In a startling of fiery moths clawing updrafts

Landing on the house, the field

Setting the smoke above

In a reflection of its own orange glow

Everything seemed so damn dry

And my thirsty hands had already began

The last damp bit of mind considered my boss

And how avoidable these ashes

How little it takes

When trading life for paper 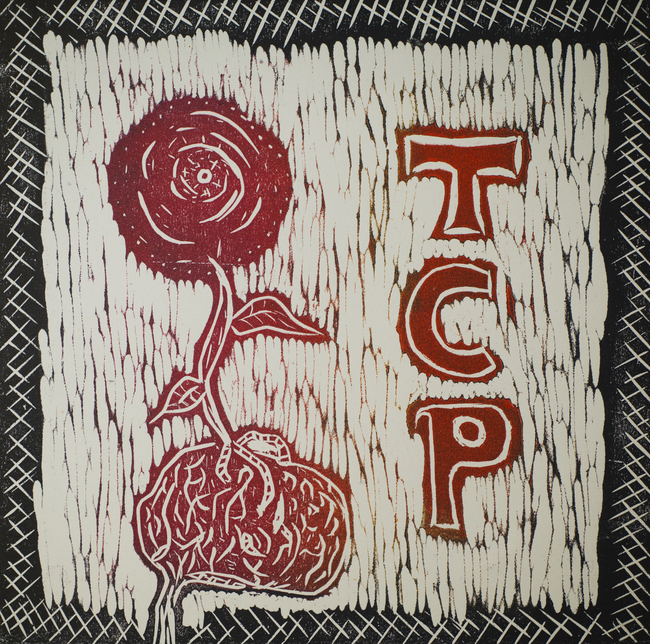 Thoughtcrime Press is busy collecting and editing this year’s manuscripts. A possible perfect bound Little Bones is in the works, and we already have the first chunk of poems by Chicago poets, Emilio Maldonado and Rob Hendler. Somehow we... Continue →